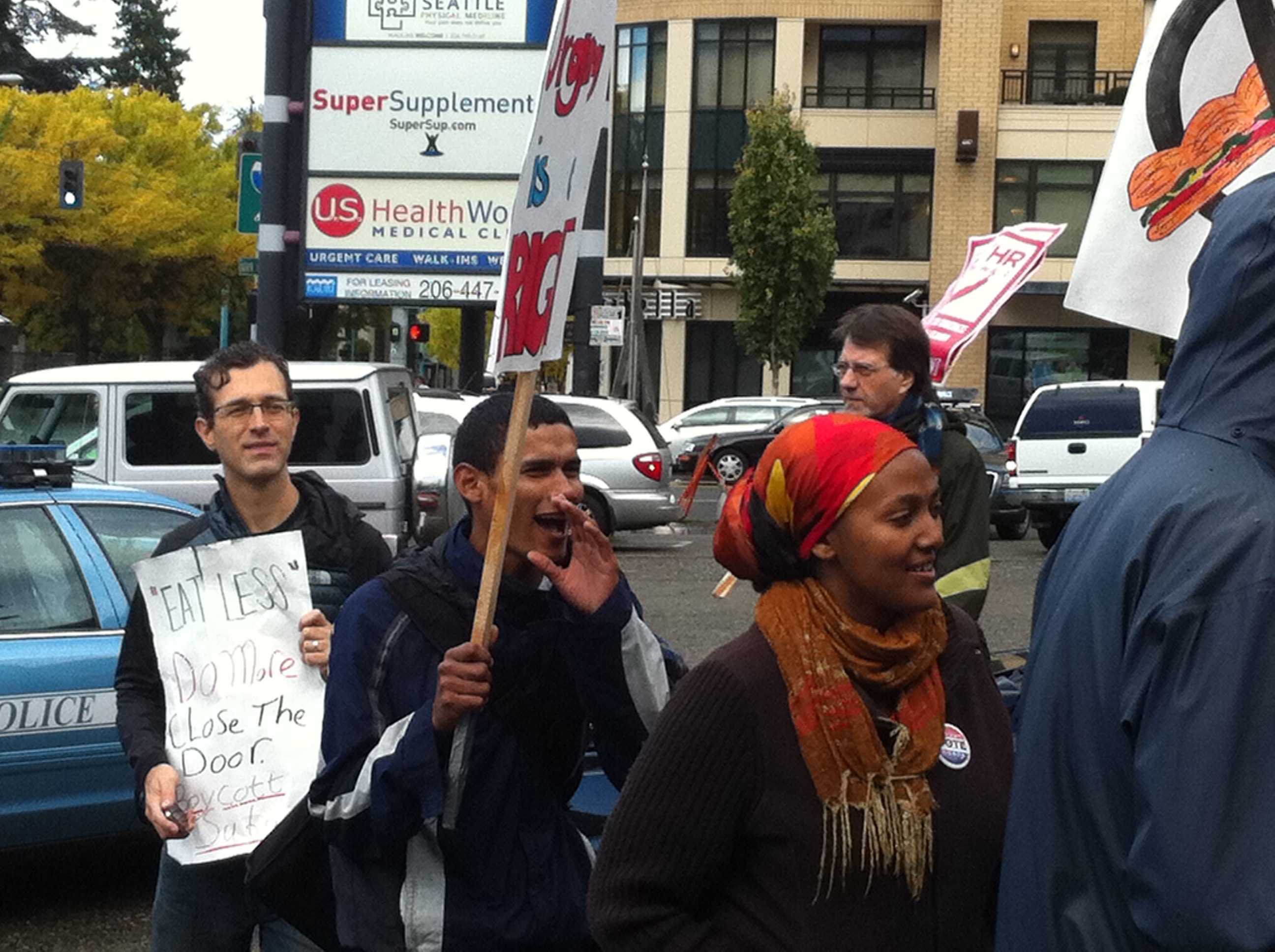 The worker who is making Subway stumble on its own mistakes

Carlos Hernandez is a tall, thin, dark haired man with deep dark eyes that stare at people humbly. He speaks softly and when he looks at someone, he doesn’t glance; he really sees them. He is twenty-one years old, originally from Honduras, a student of Social Work at Seattle Central Community College. He was a fast food worker at Subway until September 5th, when he was fired, supposedly for giving a free cookie to a three year old kid. This was just a week after he helped lead a strike to improve fast food workers’ conditions.

Was the cookie the real reason he was fired?

A matter of making ends meet

This story began in April this year when Carlos was talking discreetly with a co-worker. He found out that his co-worker, who had been working at Subway for a long time, was not getting paid for his overtime. “I started to talk to other workers and asked them if they were paid overtime,” says Hernandez, who was interviewed in Spanish. “Some of them they did not even know what that meant.”

Besides not getting paid overtime, fast food workers have to face the reality of being in the lowest-paid occupational category. Nationally, the average per hour that a frontline fast food worker earns is $8.94. The federal minimum is $7.25 per hour. At this moment, Washington state can brag it has the highest minimum wage, at $9.19 per hour (it will automatically rise to $9.32 in January), though California will gradually raise its minimum wage to $10 by 2016, and San Francisco’s is $10.55. In addition, there is a misconception in society that low wage, fast food workers are teenagers who want to earn pocket money. According to a study by the Center for Economic and Policy Research, “only about a 30% of fast food workers are teenagers, another 30% are between the ages of 20 and 24 and the remaining 40% are 23 or older, more than one third are raising children.” In other words, 70% of fast food employees are working adults, and at least a quarter of them are parents.

Since the end of last year non-union fast food workers in several cities have gone on strike to demand for a raise of the minimum wage to $15 per hour and the right to unionize (which is not prohibited but highly difficult in the frame of the current law). The first strike took place in New York in November 2012. That strike generated a domino effect on other cities across the country, including Seattle on May 30th. According to Hernandez, that day 9 workers from Subway went on strike and 5 Subways were closed. “I was so impressed to see the workers respecting themselves,” says Hernandez. “They were so scared of going, because we all have families. This is a big decision to make because the employers know that people need their jobs to survive. But I told them that we had to go because if we did not, nobody was going to respect us, and our kids would be treated the same.” Hernandez led the mostly-Latino workers, trying to convince them to strike.

No calm after the storm

But things got complicated for those who went on strike. After May’s successful strike, retaliation was a constant in Subway. According to Hernandez, he was separated from Latino workers and isolated at the Broadway store. “Before the strike they used to move me to other stores because I was training new workers, but after that they did not move me anymore,” he says.

Other workers who had participated on the strike were humiliated by the owner, Hasan Zeer, and the district manager, Hazen, says Hernandez. “They could watch my co-worker working through the video camera and tell her she was doing her job wrong.” He explained that Subway normally gives workers food after four hours of labor. Usually workers get a sandwich, but the same co-worker, he says, preferred to get a juice and cookies instead. After she participated in the strike, management told her it was a sandwich or nothing. “They told her it was not good to go on strike, and that she could not think that she could strike without consequences,” explains Hernandez.

The workers who joined the strike received a letter from the owner saying that they were not allowed to go on strike.

Some of them signed it, but Hernandez never received the letter. Insetad, he says, the owner talked to him privately and offered him better conditions if he gave up his labor-organizing activities. Hernandez says he refused.

The second strike took place on August 29th of this year and more than fifty cities joined it under the coordination of Services Employees International Union (SEIU). It was the biggest fast food workers’ strike in US history, and Hernandez performed a leading role. According to him, “this time only three people from Subway went on strike, because workers were scared.” Cristina Rodriguez, a Subway worker, declared on KPLU that she was under threat to be fired by the owner if shewalked off. Caroline Durocher, who worked at Subway at the time, says that “the owner sent a final warning to the workers who went on strike saying that if they did so again, they would be fired.”

One week after the second strike took place, says Hernandez, Zeer told Hernandez that he was fired because he gave a cookie to a kid the day before. “He asked me if I gave away a cookie for free the day before. I told him I did, and I forgot to pay for it and I wanted to pay it. But he told me that I couldn’t give free products to anyone because Subway is part of a corporation.” According to Hernandez, in the past he had given away cookies in front of the owner, who had congratulated him for giving such good customer service.

According to Durocher, Hernandez was well-known among the workers for his willingness to help others: “He was really helpful and really good at training people whne new people came.” He had also a good reputation as a hard worker: “He was one of the best workers I have ever seen and I don’t know how he did because he worked in two jobs and he was always happy,” says Durocher. According to Hernandez, the manager of the Broadway store, Chris, was asked by the owner to fire him but he refused to do it, saying that he had no reason to fire Carlos because he was a good worker.

A lawsuit, pickets and online petitions

Since Hernandez was fired on September 5th, the labor organization Good Jobs Seattle and the coalition Working Washington have supported him. “We have filed federal charges with the National Labor Relations Board, which enforces the laws about retaliation against workers organizing,” says the spokeperson of Good Jobs Seattle, Sage Wilson. In addition to the charges, the organizations have coordinated different pickets at different Subways during hunch rushes to inform customers about Hernandez’s plight. The pickets started on September 24th and are ongoing. An online petition is demanding Zeer re-hire Hernandez.

During one picket, this reporter went into the Subway on Fairview Avenue in downtown to ask about the picket and try to get Subway’s perspective. When asked if the sales were going down during the picket, an unidentified worker answered that they were going down but because of the rain. Before he could say anything else, Zeer kicked this reporter out of the store, saying to direct all questions to a phone number he provided.

No one answered Central Circuit’s phone calls to the number provided by Zeer. The unidentified person who answered Subway’s hotline refused to talk about is as well.

Hazen, the distric manager, also refused to speak to the Circuit. Durocher, who joined the strikes, worked in Subway during some of the pikets and she says that during the firts picket they only served three customers. She quit her job on October 1st because she “wasz being harrassed by the owner too much.”

Carlos wants his job back

According to Durocher, firing Carlos is a way for the owner “to set an example to the workers.” Hernandez and all the people behind him say that their goal is to get his job back, in order to show the workers that they can fight for their rights without fear of retaliation. Hernandez is under the glare of the media’s spotlight, just a few weeks before the City Council elections take place, and says he’s felt pressure to use this attention in political ways. This situation does not make him comfortable. “I like to make my own decisions, and if I feel that something is right I have to go that way,” Hernandez says, explaining his decision to endorse City Council candidate Kshama Sawant (see pag. 14). “I think it is right to say that people like Kshama Sawant have been at my side.”

The strongest source of support that Hernandez has found, he says, is his community. “American people and people from seattle always try to support others. I have gotten so much support from them,” he says. Durocher explains that the other day seh was buying groceries in the Central Distric and commented the she had quit. A woman answered ironically, “Did you steal a cookie?” During this interview the waitress in the bar where we met tretaed Carlos. When we left the bar several people on Broadway stopped us to talk to him. “They were customers,” he says. “I always think that actions speak more than words.” 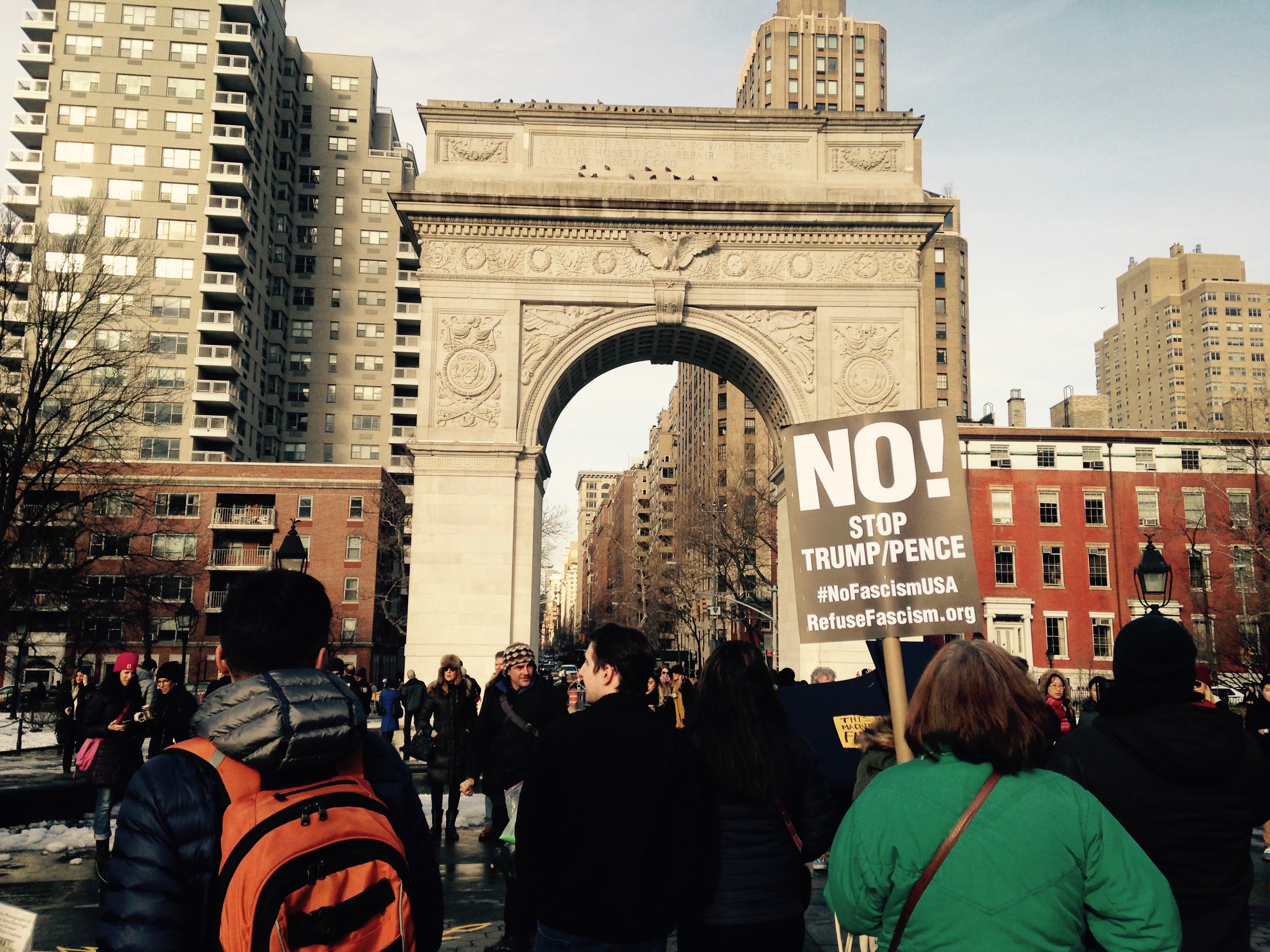 Nueva York a Trump: “Not My President” 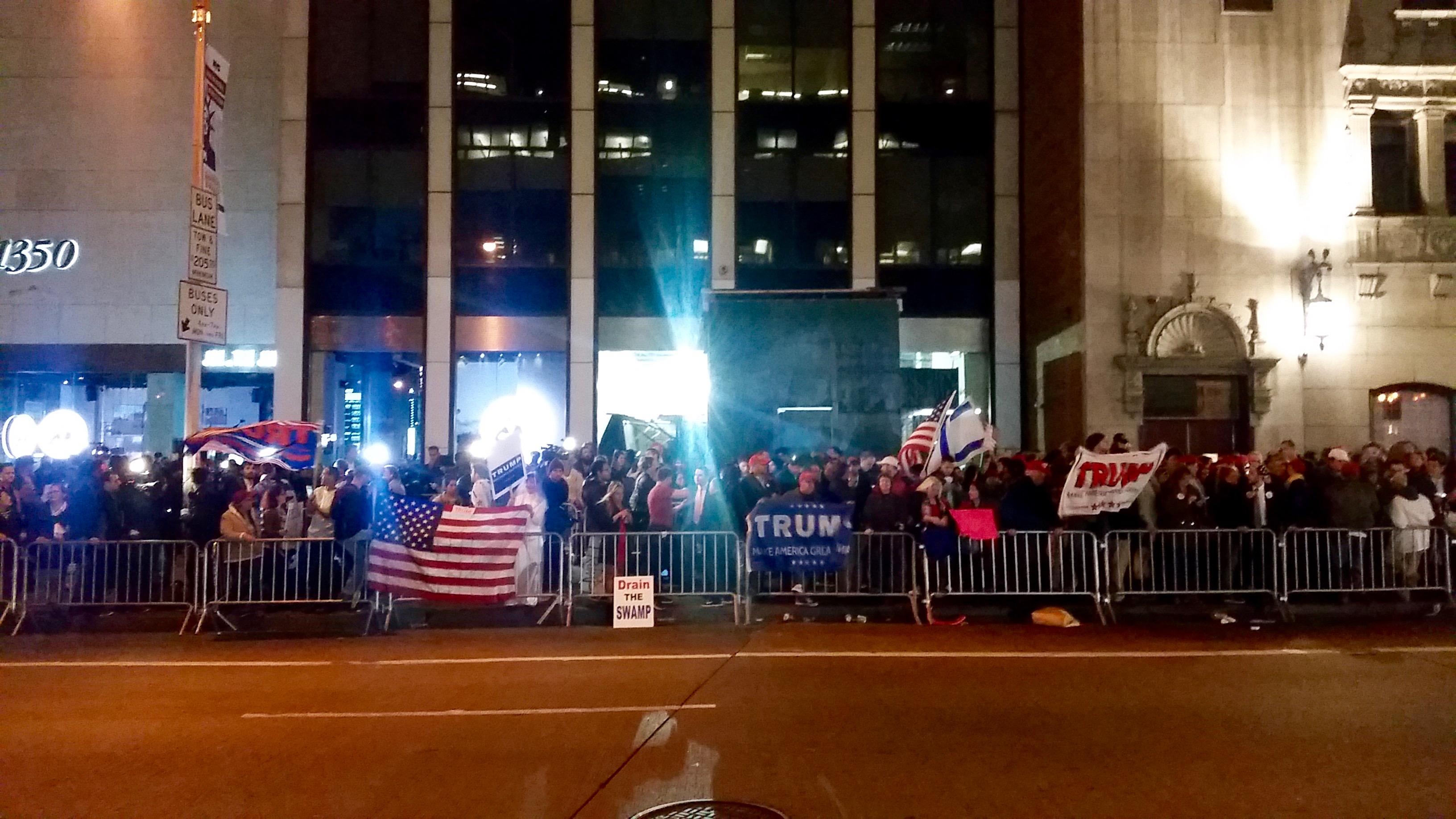 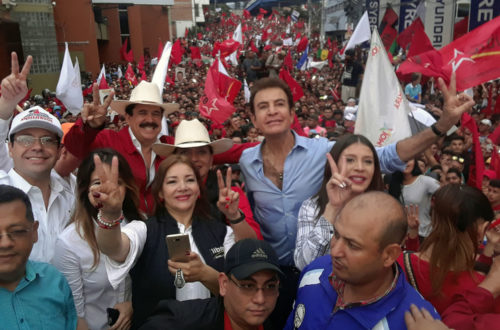